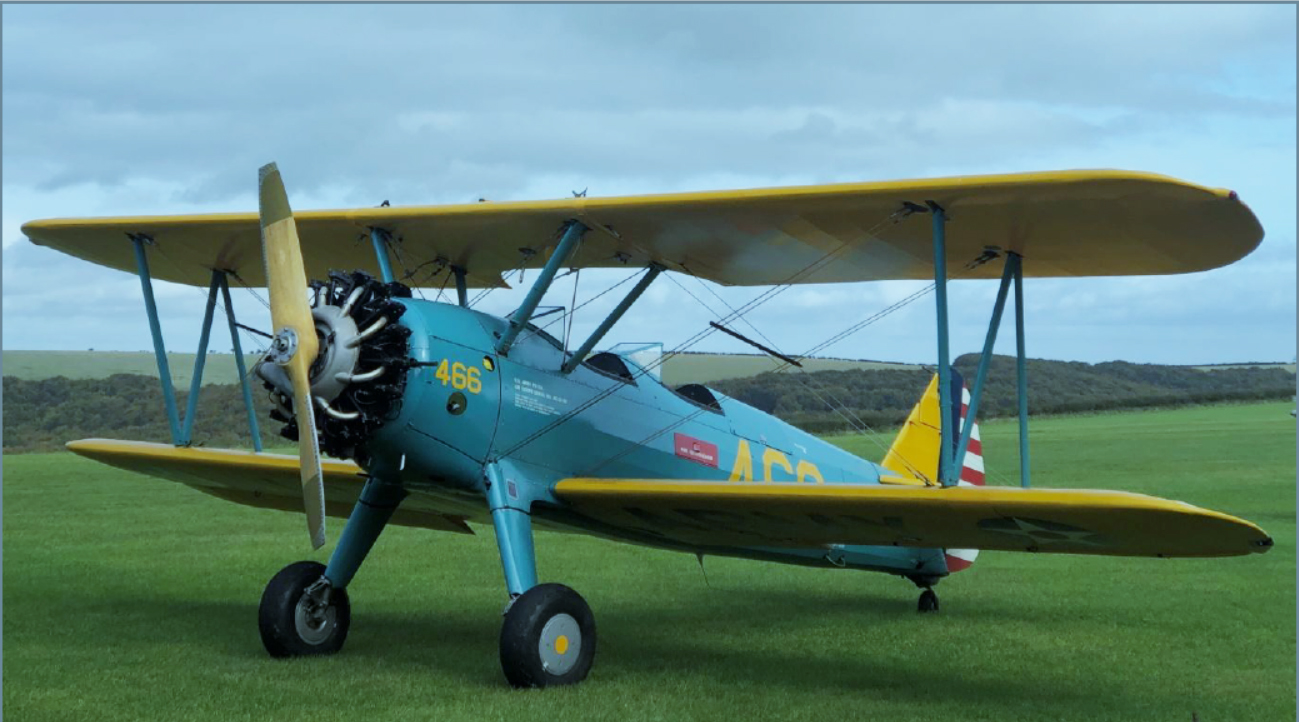 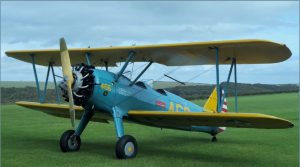 Flying a Boeing A75 Stearman Vintage Bi-plane is one of the highlights of the year.

If you wish to feel the joy of open cockpit flying in an ex US Army vintage PT13A Stearman click on the link  www.vintagebiplaneflights.co.uk  and then contact Bodmin Airfield on  01208 821419 where you can register your name and contact details and we will let you know what dates are available for you to enjoy this very special event.

This particular aircraft saw service with several USAAF flying schools between 1937 and 1945.
Feel the wind in your hair as you fly at 2000 feet above the beautiful Cornish countryside and view the coast and the magic of Cornwall through the wing struts. Enjoy your flight with an experienced instructor of this rare PT13 wartime training aircraft and make memories for a life time.